Why I left the Developer Tools world for healthtech startup Virta 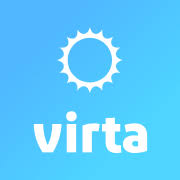 Make tools to help others succeed

my father told me long ago. By doing so, he argued, the winners become your advocates and if you don’t help them, or they don’t win–well, you’ll have different issues.

He was in the semi-conductor manufacturing industry and made equipment for grinding wafers and moving them around the fab. The impact you could see from that level of automation was tremendous, and the Silicon Valley based chip manufacturers that depended on his company’s tooling charged ahead and laid the foundation for our current computing infrastructure. In those days, their company wasn’t venture funded, and had to turn a profit immediately. Luckily he went into the right space at the right time, and fulfilled an important need.

In the software world, building tooling that helps other developers has been a kick. From Swagger and the Swagger ecosystem, the Open API Initiative under Linux and commercial tools like SwaggerHub, it’s remarkably satisfying to see your contributions helping others do better at their jobs, and hopefully build successful businesses along the way. Most people who work in the open-source tools arena would agree that having a positive impact on the industry is a darn good feeling.

If I stop and think about healthcare and healthtech, it feels like there are a number of similarities with the API ecosystem that I spent the last 8 years in. The healthcare industry has a small number of huge players, pushing products that many people either can’t afford or really don’t need. Name your (least) favorite ESB vendor from 2000 pushing some giant proprietary integration software that cost a zillion dollars and required teams of people just to keep it up. Now think of a drug vendor, selling insulin to people, with the financial objective of keeping them on the drug longer rather than making them better.

It’s true that healthcare companies make huge R&D investments, but all to often price their products in unethical fashion because they can. With modern software, you buy seats and features, and cancel if you’re not getting the value you expect. Shouldn’t that be the same with making people healthy? If you say you can help people, and in the end you can’t, should they pay the same?

We have a small problem in the US where over 15% of the entire GDP is spent on healthcare, yet individuals can barely afford it. One can argue that a large part of the problem is the way healthcare companies operate and charge for their services because they can. The thought of making an inexpensive miracle drug with the goal of getting people off it is foreign and possibly very un-American, at least in the business sense.

It should come as no suprise that these developer tools can have an enormous impact in building out software for healthcare, which is needing the same software infrastructure revolution as other high-tech industries. The approach is slightly different, dare I say refreshing, as safety and privacy are priorities #1 and #2 for a healthcare company. In other hi-tech industries, we’ve seen what happens when these are secondary concerns.

I also need to say, to my developer tooling friends, your work is absolutely essential in moving this industry forward. Whenever someone starts trolling you on GitHub, I hope you can take the high road and remember how enormous the impact your efforts can have on real people, not just other developers!

Virta is making tools to help people with diabetes get healthy. The goal is help people reverse (not manage) diabetes, without surgery and while removing medications. Enterprise clients pay based on outcomes, which means Virta is putting a substantial portion of their fees at risk. Oh, and in the end, we aspire that they live longer, happier lives! Bonus.

So why did I leave developer tools? There’s plenty left to do in that space, but I wanted to be at a company that is taking advantage of tools like those that I worked on, and for a good cause. So I’m still working on tools, just for a different audience. There are many obstacles to conquer before healthcare is on a good trajectory but it has to be done, or health insurance will be 100% of a person’s salary in 5 years. It’s fun to transition to a team working on a problem with such wide-ranging impact to the world! (and we’re hiring)