I'm breaking up with you, Sapim

There's nothing like a wheel failure to make you appreciate having cell-phone coverage. 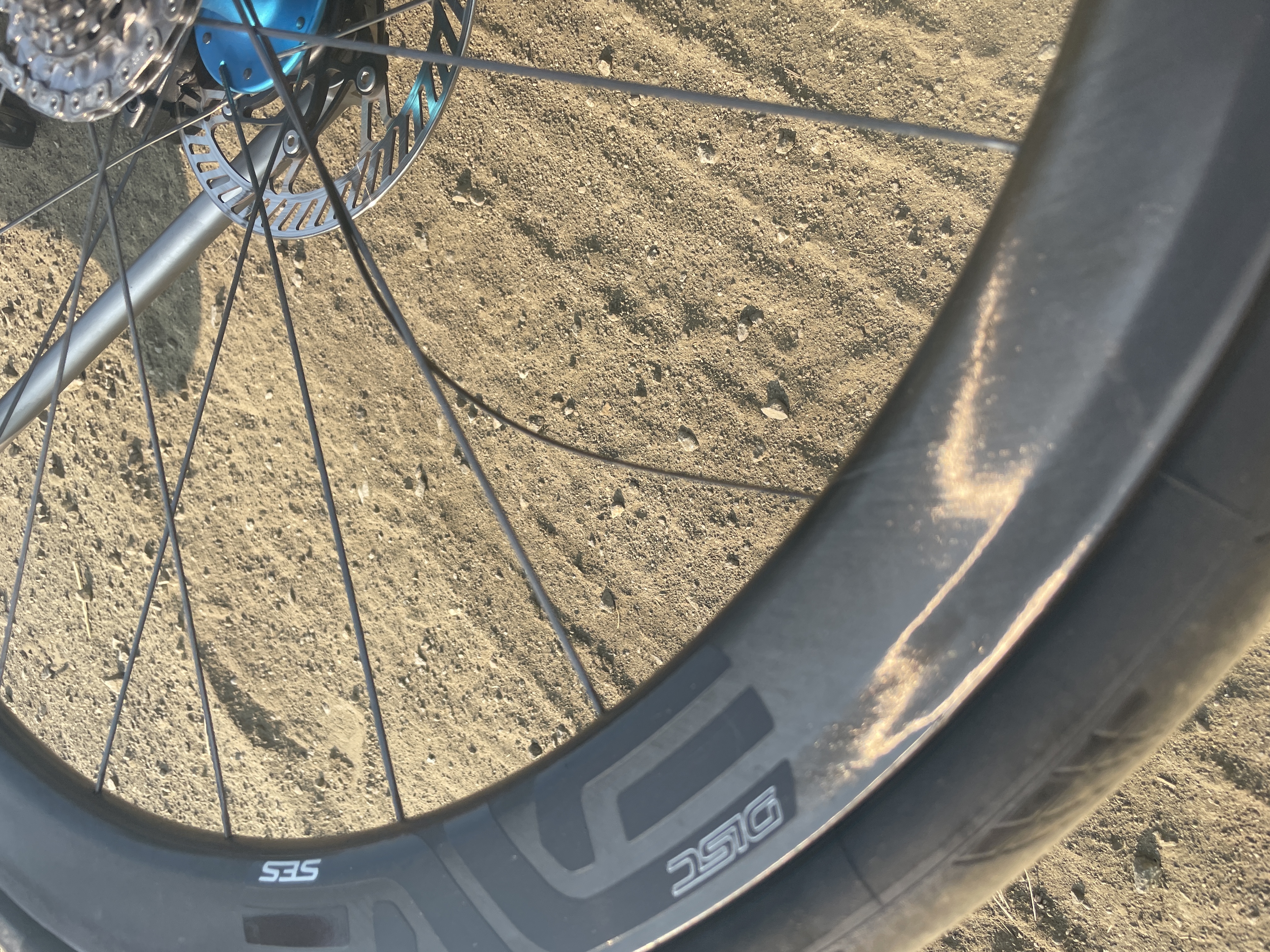 The bicycle wheel is one of the most magical, efficient structures ever designed. As opposed to the thesis that the late Jobst Brandt described in the Bicycle Wheel, who in short claimed that further bicycle wheel optimizations are fruitless, there have been some pretty astounding advances in how well they perform.

Carbon rims are probably the biggest change in wheel technology, as they opened up a new world designs due to their flexibility of manufacturing. This led to lighter rims supporting less spokes, with better support for high-tension. A modern wheel is so much more efficient than a 90’s aluminum rim that even the most novice rider can feel the difference.

With the stiffer rims came extremely high tension spokes, which solved a number of problems, including decreasing the percent change in load throughout the rotation of the wheel, which should improve the fatigue life of the spoke. If the load stays within the fatigue limits of a ductile material like steel, a spoke should theoretically never suffer a failure, unless there are flaws in the material itself.

Background aside, I first was exposed to Sapim spokes after buying a set of Enve 3.4 carbon rims from Chris King. These wheels were my first wheel upgrade in 15 years, and as you’d guess, they were remarkable! But as one would guess the romance was short lived, as I broke a spoke right at the thread in a remote part of Maui on a solo ride. Luckily for me, the stiffness of the Enve rims allowed for the other 23 spokes to do the work, and I was able to limp back to town without too much of an issue.

One spoke–big deal. The odd thing was it was a front spoke, and it broke while climbing on a smooth road, not bashing down some bumpy road. I swiftly replaced the spoke and chalked it up to bad luck, as a wheelset should last more than 2500 miles, even if I was a bit over weight…

A few months later, another front spoke broke, this time at 50 MPH, also on a smooth road. Oddly this time the spoke broke at the head, so I blamed the previous failure for putting extra load on the 23 other spokes and damaging them. I had the wheel rebuilt.

Fast forward, rear spokes are breaking every few months. Since those 2 rebuilds, here’s the breakage schedule for breakage on the road bike:

That’s 7 rebuilds over 8 broken spokes. My theory is that the material at the J-bend has stress cracks from the bending process. If you look at the failure area from a broken spoke (by the thumb in the photo) you can see a dark area which is on the outside of the J-bend. 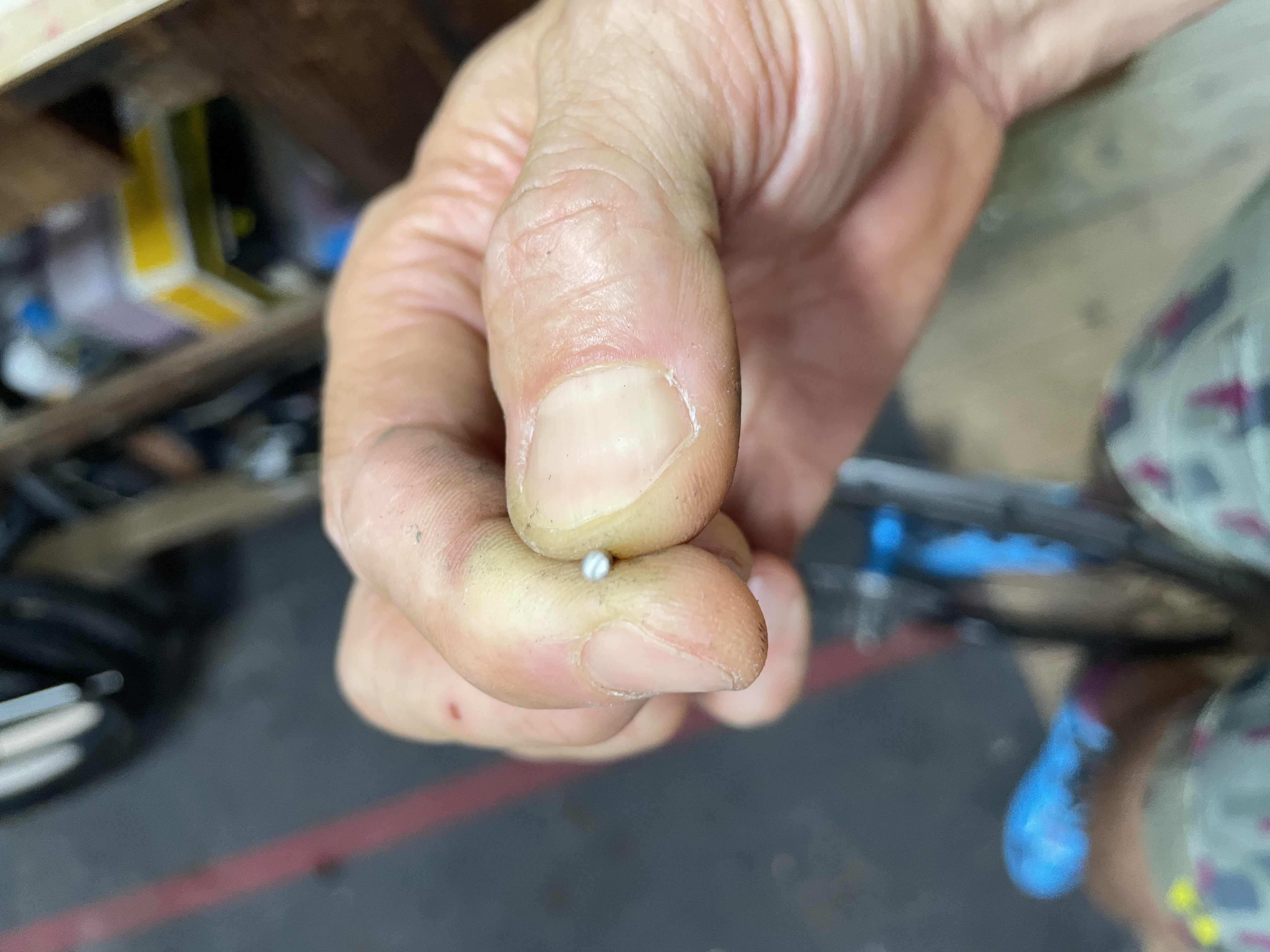 It’s been suggested that these were from a bad batch, perhaps I’ve ended up with spokes made in Taiwan, not Belgium. Regardless, that’s too many for me, so it’s time to say goodbye to Sapim and try some DT spokes.